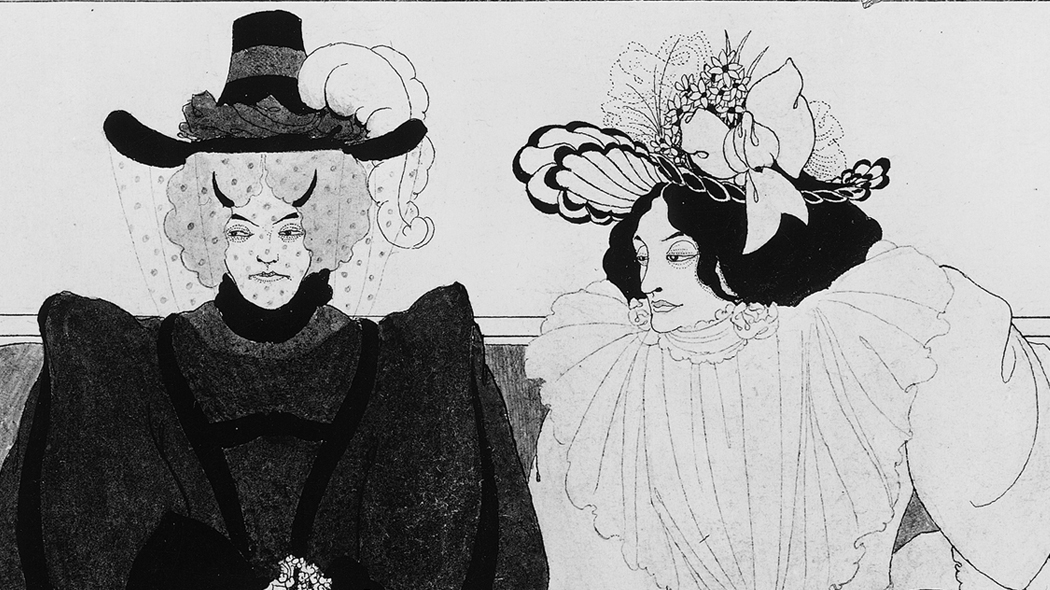 I see everything in a grotesque way – Aubrey Beardsley

For years I've admired the clean, decadent lines of Aubrey Beardsley, a late 19th century illustrator and co-founder of The Yellow Book. Beardsley was known for his perverse, dark art nouveau style that fit with the growing aestheticism movement. His erotically-charged imagery revealed a side of society that was ugly in its sheer beauty.

Aubresque is a play on the artist's name being formed into an adjective, as well as refering back to his own admission of seeing everything as 'grotesque'. It's a setting that's built from his own illustrations, creating a world that is in part a twisted 19th century Paris where aesthetics are the pinnacle of achievement and decadence leads always to corruption. This is a place of aristocracy, of bohemian artists and of those who would put their own beauty before human life. All in tinged with a yellow hue, the colour of sickness, vice and heroism. The locals drink potent green alcohol and smoke opium. The aristocracy uses magic to become more alluring or to maintain their youth. Everyone is out for beauty, but it is but a shallow veneer painted over a doomed life.

Aubresque uses the BX version of the Dungeons and Dragons roleplaying game. It is not a setting where the monsters are obvious – there is more need for a quick wit and a silk tongue than a sword here (though a sword can also come in handy). Those who play here will find themselves uncovering the machinations of hidden sects, talking their way into a masked ball to assassinate a corrupt priest, and rubbing shoulders with nefarious artists who use magic to achieve the highest levels of beauty. There are demons here, both metaphorical and real. The church admonishes sinners while defiling the scriptures they supposedly hold sacred.

Join me as I create this world of foul decadence, where the grotesque is everywhere.